Welcome to our Forza Horizon 3 Review. The first time in the Forza Horizon series where instead of just participating in the Horizon festival you get to be the boss of the Horizon festival! The game also brings multiple new experiences that have never appeared before in any Forza game; brings back previous fan favorite features that had been missing from the previous versions of Forza games; and delivers it all in a way that has not only been proven to be effective, but also familiar and loved by Forza fans all over the world.

In Forza Horizon 3, the Horizon festival arrives for the first time ever to the Southern Hemisphere of the planet. You, as the boss of the festival, will be taking on Australia’s beautiful landscapes, and saying that they are beautiful is actually an understatement. They are simply breathtaking, specially in the PC version of the Forza Horizon 3 where the video settings can be maxed out. The graphics on the Xbox One version are still great. In fact the game is one of the best looking games on Xbox One, and Forza Horizon 3 definitely looks better than Forza Horizon 2 did. However, the capped 30 fps gameplay and the lower resolution car models in Forza Horizon 3 compared to Forza Motorsport 6 are easily spotted, with the 30 fps in FH3 to FM6’s 60 fps gameplay being the most noticeable difference.

With that being said, it is important to keep in mind that Forza Horizon 3 features a completely open world where you are free to roam across any region you wish to visit unlike Forza Motorsport 6. In Forza Motorsport 6, the game only needs to have access to the racetrack configuration that you will be participating, which allows it to spend less resources on loading up a hill outside the track, and more time loading up the cars on the track. In Forza Horizon 3, the game needs to focus on everything at the same time so that your game does not stutter while you make a jump off a cliff, into the beach, and through the crashing waves meeting the shore. Forza Horizon 3 has managed to make that kind of complex world transitions work perfectly from a visual aspect, and that is without mentioning how well the handling of each vehicle works during said transitions.

Historically, Forza Horizon games have handling models that are inferior to the handling models that can be experienced within Forza Motorsport games. Forza Horizon 3 is not the exception to the pattern. When compared to the 1 year old Forza Motorsport 6, FH3 features a weaker handling model. However, FH3 is by far the best Horizon series game in this regard. While cruising Australia at high speeds in the Lamborghini Centenario, for example, and going through a corner, you will feel a great deal of understeer while you see the car get further and further away from the apex until you are either off road or crash into a tree or a barrier. In previous iterations of the Horizon series, all you would feel was a weak rumble which would not alert you about the lack of grip until you saw it visually. In the Forza Motorsport series, controller feedback, game sound, and visual cues all go together and are elemental components of the game. Once combined, they provide an immersive simulator experience. Previous Forza Horizon games lacked heavily on the controller feedback aspect. Thankfully, this problem has been addressed in FH3 and it allows those who enjoy more the simulation aspect of racing to feel closer to home.

Forza Horizon 3 borrows aspects that have worked wonderfully in previous Horizon games, while it improves on areas where Horizon games have been struggling. Apart from the improved, beautiful graphics the game possesses, Forza Horizon 3 has improved the most painful aspect of any game you can play. Loading screens are much faster than ever! Forza in general has always struggled keeping loading times down. Both FM6 and FH2 are known for loading screens that can easily last for over one minute. In all the time I have played Forza Horizon 3, I did not come across a single loading screen that lasted anywhere close to 60 seconds. This is a huge improvement as it allows you to spend more time doing what you want to do rather than spending your time unnecessarily doing nothing while you wait.

For the first time ever, in Forza Horizon 3 you are able to modify your cars with body kits. This is a great addition to the game which I hope makes its way to the Forza Motorsport series in the future. The addition of body kits to the game allows for even further customization of your vehicles. Best of all, it allows gamers to recreate some of the most popular car modifications, such as the Rocket Bunny. All of this can be done starting with a simple stock car and then upgrading it in your garage. 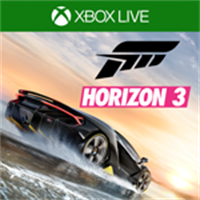 It is important to note that when Forza Horizon 3 launched, PC users stumbled upon several bugs that prevented them from fully enjoying the game. OK, Never mind… That is an understatement. PC users were thrown into a sea of constant problems that prevented them from getting too dip into the game. They were better off playing the Xbox One version than trying to start the game on their PCs. The problems they faced ranged from constant crashes as soon as they launched the game, to the game crashing while playing the game, to the game being playable at a certain resolution, but unplayable at a lower resolution than that.

Imagine that for a second. You have the game settings set to Medium and encounter performance issues. You then proceed to change the settings to a lower resolution and find out that you still encounter stability issues even though you may have a GTX 1080 and a 6th generation i7 Intel processor. For some crazy reason you then decide to change the setting to High. To your surprise, and against logic for that matter, the game becomes much more stable than it used to be! That is not fiction. It is exactly what some PC gamers encountered when attempting to play Forza Horizon 3 on their PCs.

To be fair, the guys at Turn 10 have been working nonstop since launch to improve the performance of the game in both the Xbox One and Windows 10. Those improvements have been easier to see with each patch that hits the PC version as the game does indeed become more stable. PC gamers are still encountering some issues with the game well over a month after it launched, but at least those problems are less common than they used to be.

Since this is the first full Forza game to be released on the PC, it is worth mentioning that historically Forza games have had terrible wheel support. I am not talking about the game not supporting certain wheels or behaving one way with a wheel and a different way with another wheel. I am talking bout Forza games historically offering an inferior experience on a wheel than on a controller. While Forza games are the best racing games to play with a controller across all racing games, Forza games under deliver on the wheel experience by lacking a proper force feedback model. This issue has not escaped Forza Horizon 3 sadly. While it is still crazy fun to play Forza with a wheel, the experience is nowhere near where it should be.

Forza Horizon 3 is awesome. No escaping that. Everyone should definitely get this game at some point. While PC players may want to hold out a little longer until the PC problems are less prominent (believe me, we are almost there), everyone who owns an Xbox One should pick it up whenever their pockets allow them to purchase it! If you have enjoyed previous versions of Forza, Forza Horizon 3 won’t disappoint you regardless if you incline more towards the motorsport side of Forza, or if you enjoy more the Horizon series. Forza Horizon 3 is for sure the best racing game of 2016.

If you would like to support us here at Next On Gaming, please consider purchasing Forza Horizon 3 through the following links:

Those links directly help us bring Next On Gaming to you. Alternatively, you may purchase the game directly from the Microsoft Store and have it download directly to your Xbox One upon purchase of the digital game by clicking here.