Microsoft held an event on October 26th, 2016 at 10 AM EDT where the company covered the future of Windows 10 in their devices. The event started with some anecdotal stories about how Windows 10 is changing lives already by allowing different people to interact with the world in ways that were not possible in the past.

The Creators Update for Windows 10 expands on the holographic experience. It will allow users to create 3D models for HoloLens from any Windows 10 device (although minimum specs were not mentioned, so take that with a little skepticism). It will also help users become more acquainted with 3D through their new program “3D Is For Everyone.”

Their new program allows everyone to start with a 2D image and bring it to life in 3D through a seamless and intuitive experience. The Surface Pro 4 was featured during the showcase of the 3D Is For Everyone where a group of teenagers brought to life their pictures and drawings starting from just the 2D pictures and in 5 minutes converting them to complete 3D models. 3D Is For Everyone will also allow everyone to scan any real life object and create a 3D rendered model of the object using a cell phone. The scanning feature was showcased using a Windows Phone, but Microsoft announced that it would be available for every device.

Windows Paint is getting its biggest upgrade ever as the Windows 10 Creators Update will bring along “Paint 3D.” Paint will work the same way it always has, but it will also work as a canvas for 3D models where you may import your scanned objects or export your creations. 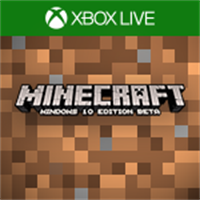 Paint is not the only Microsoft product that is getting a 3D rework. Microsoft announced all of their most popular IPs will be receiving 3D support update. PowerPoint, for example, is impressive as it creates 3D transitions for pictures that we have been used to being simply 2D. The possibilities are endless for presenters as it allows them to create animations that would have otherwise required rendering knowledge with different programs.

To go along with the new Windows update, Microsoft has expanded the availability of Holographic technology, from just the HoloLens, to include third party devices. We were introduced to several sets capable of delivering Virtual Reality settings to users from multiple manufacturers. Companies like Dell and Lenovo will now provide consumers with standalone devices starting at $299 capable of producing experiences only previously seen in more expensive sets that also required external cameras to be useful.

Windows 10 Creators Update on Xbox One and Xbox Live

The Windows 10 Creators Update also expands support for 4K gaming and broadcasting. Surround system support was announced for the Xbox One, although no estimated release date was given for the support of Surround sound. Microsoft showcased their new acquisition of Beam.TV with its sub 1 second stream delay. Beam.TV integration will be an elemental part of the update which will allow everyone to seamlessly start a broadcast by simply clicking a button. The streamer will then be presented with a Picture in Picture (PiP) of their stream and the stream chat within the game itself. The PiP can be moved, or removed, to a more convenient place anywhere the streamer wishes to place it.

The new update showcased new custom tournaments that will allow gamers to create their own tournaments right from Xbox Live by simply selecting from a few preset options. With the cross-play push we have seen from Microsoft in recent months, it does not matter what platform you decide to participate in the tournaments.

Lastly, the Creators Update will allow further social connectivity for regular users and gamers alike. Microsoft is creating faster ways to connect and share with the most important people to you. Through the use of the share charm that available since Windows 8, you will be presented with your most popular contacts in a manner similar to how Android does it already whenever you want to share a picture or document. Additionally, your most popular contacts will appear in the task bar for easy selection.

The greatest surprise of the event was the announcement by Panos Panay towards the end of the event. He announced the widely rumored Surface Desktop, which actually turned out to be a new Surface Book. This new device takes the Surface Book and adds into its design. The Surface Book I7 doubles the graphics processing capabilities of the previous designs, brings 30% more battery life, better heat dissipation. The battery life is astonishing standing at 16 hours of battery life. It will be available for $2399.

We were just joking about the Surface Desktop not being announced. it was indeed revealed! Officially named Surface Studio, it is an all in one desktop with a very slick and thin design, similar to what customers have seen in the past from Surface products. It comes with a full aluminum enclosure; has the thinnest LCD monitor ever built; possesses a 12.5 millimeter thin touch screen, and 28″ PixelSense Display with 13.5 million pixels; 3:2 aspect ratio and 192 PPI. It also comes with a GTX 980 and the latest I7 processor from Intel meaning the Surface Studio is amazing for your gaming needs!

Microsoft has already begun taking pre-orders for their newly announced Surface devices. We recommend placing your order now by clicking here as Surface products are known to run out soon after being announced. There is also the added bonus that if you pre-order a Surface Studio now, you will receive an additional newly announced product, the Surface Dial, completely free included with your order. The Surface Dial is compatible with Surface Studio, Surface Book, and Surface Pro 4 and will be sold at $99.99.

Well, there you have it! The Microsoft event was indeed incredible. The Windows 10 Creators Update will be coming to all current Windows 10 machines. Make sure to let us know what you though of the event down below in the comments!